OOV: Was Martial Arts part of your childhood after-school activities? 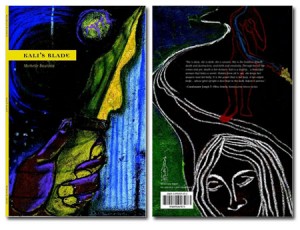 MB: No. I didn’t get into martial arts until college. Growing up I played basketball, softball, some volleyball, and track and field. In college I took various classes in tennis, swimming, then judo. I got really interested in judo and joined the club, but quit halfway through the semester because the body slams to the ground were taking a toll on my body and mind. While I loved learning how to fall, I needed something else.

In college, I was heavily involved in exploring Filipino culture and my identity as a Filipino. I had friends taking an eskrima serrada class, but that didn’t peak my interest either.

One day I heard about a Sikilohiyang Pilipino (Filipino Psychology) conference being held in Hayward, CA. It was there I had a chance to see my Tuhan/Grandmaster demo Kali and tell the story of the Blind Princess Josephine. I was enraptured by the movement and the story of this woman. But even then, I didn’t take up classes right away. One day, hanging out with some friends wondering what we should do, I told them I knew of a Filipino martial arts class that was then in San Francisco. So we hopped into a car and went to this warehouse near the bridge. Frankly, it was all kind of sketchy. We took a rickety elevator 6 flights to a dim hallway, no signs, but we heard sticks clicking. the hallway opened up to a large vacant industrial space and that’s where my teacher shared the space with a kung fu class that his friend taught.

OOV: What is KALI? Is it indigenous to the Philippines as a martial arts form? Or does it take a more spiritual (organic) direction?

MB: Kali is a form for Filipino martial arts from the Philippines. However, the current structure of styles and schools is very modern mostly forming post world war II and following similar post-war nationalist efforts in the way Judo was developed in Japan. Previous to that there really weren’t a lot of formal schools mostly individual practitioners with their students.

Other style names include escrima and arnis. While there are distinct names, there aren’t clear style distinctions. 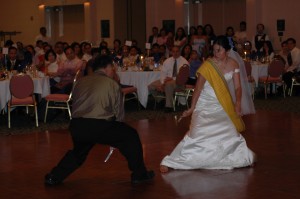 In terms of it being indigenous, Filipinos even before Spanish colonization fought amongst each other and needed to defend themselves. The Maranao people of Mindanao have a couple of swords, the kampilan and kris, that are specific to warfare versus other swords that have a dual purpose with hunting. But did we have names or schools for that fighting form, not really, not in the way we see it today.

From what I can tell spirituality is closely linked to martial arts. When I first brought my kali sticks (arm length rattan sticks) home, it unlocked a memory my mother had of her grandfather who fought with sticks, but was also the local healer who spoke to spirits. These two skill sets are always inextricably linked because the knowledge of the body and spirit that is used to hurt and kill someone is the same knowledge to heal someone. My great grandfather also had the power of anting-anting, typically an amulet that gives the bearer special powers. His power was fire; he could walk on hot coals without being burned.

OOV: What does Kali — as a philosophy or practice — do for you?

MB: This particular school of Kali, Kamatuuran School of Kalijin, goes beyond the dojo and really has given me a framework to both be and live artistry. I’m able to bridge to other experiences and knowledge whether at work or writing or performance. People presume that to be so dedicated to a martial art makes me a violent person, but contrary to that, it forces me to seek out peace. The philosophy in the school also has allowed me to break down bias and presumptions. I live on a continuum that sees the benefits and weaknesses of different extremes and allows me to become a chameleon.

OOV: How much time do you devote to writing as an art form?

MB: I have not had a chance to devote as much to writing as an art form in terms of the act of writing. I often run through periods of active writing, active reading, and just experiencing. But because I can bridge between different forms of artistry whether it’s kali or work or writing, I feel that I’m not neglecting any one artistic form for the other, I’m simply expressing it differently.

I do have several ideas for books including another kali book and some children’s books that I need to devote some time to.

OOV: As Meritage Press’ Associate Editor and book cover artist, what projects would you like to work on? What is/are your favorite cover/s and why?

MB: I’m an enabler, an organizer. I also like helping people be their best selves. I like taking ideas and figuring out how to make them happen. That’s what I like about designing books, it’s about how to frame a writer’s work. Cover design for me is about drawing the audience in. I often do not choose the artwork used on covers, but I have to arrange it and choose color palettes. The fact that so many books are bought online, there’s a new emphasis on covers that need to have impact as a small picture on a screen yet still good in print.

My favorite cover to date is probably “Dawac: and other Memoir-Narratives” both because it was an honor to help produce Beatriz Tilan Tabios’ first book at the age of 80 (Eileen can confirm her mom’s age at the time of publication). 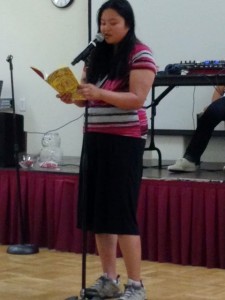 It was also one of the few covers that I put together. I took a picture my cousin had of her trip to Illocos Sur with the classic cobble streets. Then asked another cousin to take a picture of a kalesa souvenir which all really fit into this idea of memoir and how memory is sometimes nostalgic and sometimes recreated like a souvenir, repainted in bright new colors, and how memory is sometimes gray and sometimes color. So yes, that’s one of my favorites and I hoped that cover captured the spirit of the work embodied.

OOV: What other vocations or hobbies occupy your time?

MB: My 2 year old occupies quite a bit of my time. During the day I’m an IT Manager that has a passion for Agile project management and organizational transformation. I’m also part of a bowling league once a week. People ask me how I have so much time to do all these things. I’d say that laundry doesn’t get folded as often as it needs to and there’s also a very supportive husband and grandparents.

OOV: If you didn’t need a day job, what would you rather be doing? Why?

MB: hmmm…I would probably travel. The writer in me likes meeting new people even though I’m an introvert at heart. I like hearing people’s stories and getting to know their point of view.